So, what does that headline up there say? Ah, yes. We launched our website, recorded a song we’re pretty stoked about, made a video for it, and we’re about to play our debut show (more about that later).

Crashdown Butterfly’s first single, “A Crow Without A Murder”, is dedicated to the legacy and memory of Chris Cornell 1964 – 2017, although the song’s subject matter wasn’t really intentional.

I didn’t know Chris, but he was a fellow student of my voice teacher way back when, and many of my friends knew him and worked with him and Soundgarden from the very early days (obviously I’m from Seattle). Shortly after he passed, I would talk to some of those friends and there was just this intense sadness and missing… Like many Soundgarden fans, I began to revisit and absorb a lot of the early albums as well as the re-issue of Ultramega OK, which my friend Jack re-mixed. All of this began to stir some emotions and a strange sense of urgency in me – like, “What can I do? I have to DO something.” I’m sure I’m not the only one who felt that – or the only one to pick up a guitar because of it.

One day shortly after Chris’ passing, my girlfriend and I were walking around Greenlake and came upon a solitary crow on a branch, to which she said something akin to, “It’s really unusual to see a crow without their murder.” I immediately thought, “Wow, that could be worked into a song title…” (thanks Emily). All of the aforementioned stuff about Chris was rattling around in my head, and he always seemed rather crow-like and mysterious to me…perhaps even a bit of a loner (although, again, I did not know him – just the songs and public persona). I had been kicking around some heavy music with a more melodic ending, and the lyrics kind of wrote themselves in less than an hour. It felt a little uncomfortable, but I went with it.

This is entirely a work of fiction complete with blurry lines, fragmented images and a few Soundgarden titles used as a (hopefully non-cheesy) nod to the band’s influence. For whatever the other side may hold, the song imagines that someday, perhaps, we’ll occasionally hear the essence of Chris and his voice via a crow on a wire.

As a fan, the way this song turned out has been cathartic for me, so my hope is it may be for others as well. Lyrics are on the media page, and you can grab the track from OrangePants Records. 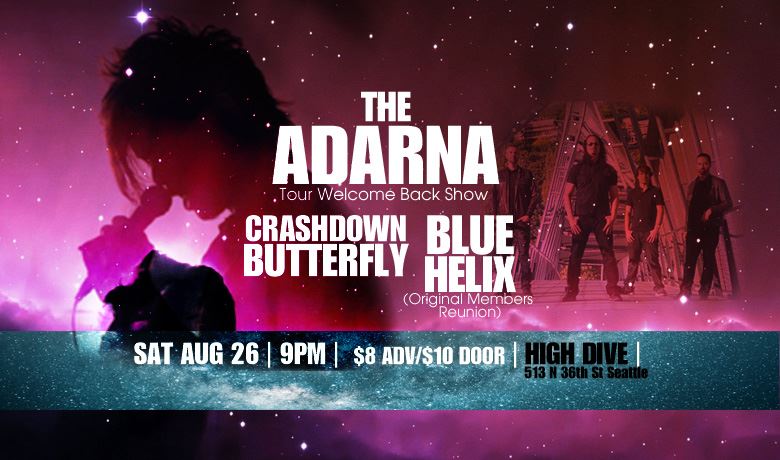 PS: Here are some fascinating facts about crows courtesy of our fine friends at PBS.

No shows booked at the moment.